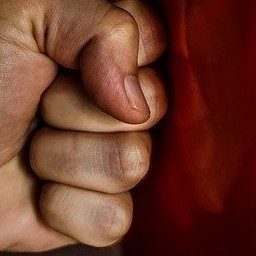 Throughout the history of martial arts, the use of objects for the purpose of developing striking skills has been common in many styles and/or systems of fighting in different cultures around the world.

During the past few decades there has been a rise in the popularity of combat sports and by extension cross training, therefore the use of equipment such as training bags has become more of a staple in the training regimen of martial artists whether for the purpose of preparing for a fight, or simply for refining skill.

THE PURPOSE OF THE MARTIAL ARTS TRAINING BAG

In the world of competitive martial arts and more specifically striking arts, the ability to strike with speed, power and endurance as well keep a steady pace of quick and intelligent footwork, is a fighter’s best chance of having his/her hand raised at the end of the fight or at the very least surviving till the end and not being completely dominated by his/her opponent.

From this fact one could conclude that solid training makes a well conditioned fighter and solid conditioning is a fighters best and most effective tool.

In most systems of martial arts, a teacher/trainer/coach would recommend that a student improve his/her strikes simply by practicing strikes repeatedly and therefore training methods such as shadow boxing and light sparring are commonly taught as effective ways of improving one’s striking technique as well as developing vital skills such as footwork, coordination, sensitivity and reflexes.

While both of the above-mentioned methods will develop a martial artist’s striking ability to an extent, it can be a challenge to develop certain skills such as rhythm and flow while getting the feel of striking a solid object, timing, sense of distance, and more explosive power in striking, solely by shadowboxing.

As mentioned above, sparring will develop a fighter’s reflexes, sensitivity and overall striking ability to a certain level however, at times it may be almost impossible to go all out when training as there is always a risk of injuring your partner. This especially applies to cases where there is a lack of protective equipment such as headgear and chest pads.

In most cases more experienced fighters tend to display good control, however even in such cases, there is always the risk of accident as a sparring session can become more intense as it progresses.

From my experience the general rule has always been to take care of your classmate by exercising control during sparring as an injured classmate is likely to be one less person in the class and therefore one less person  to train with.

By understanding this we can see that a fighter may quicker develop powerful and effective striking skills by continuously hitting objects capable of withstanding the pressure of repeated strikes at full force. 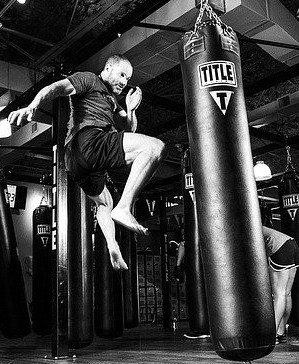 There are a variety of training bags used by martial artists. Common bags used are:

As previously mentioned this is my first attempt at a website of this nature and therefore as wide as the umbrella of “martial arts training gear” may be, my focus in this blog will be on the hanging heavy bag. My hope is that with time the website will  evolve and as this happens  further content can be made available.

The hanging heavy bag, or heavy bag for short can weigh from 60lbs to 70lbs and heavier bags from 100lbs to 200lbs.

Experienced strikers would commonly train with a bag which is half of their weight as this difference would provide the right amount of resistance from the bag during training.

The training experience should not be equivalent to hitting a brick wall, nor should the bag be launched skyward with every strike. Despite this rule there are those who push their bodies beyond the limit, while 200lbs may be a common training bag for heavyweights, even heavier bags within the range of 300-500lbs are not unheard of.

Heavy bags are usually made of polyvinyl, leather or canvas and can be stuffed with fabric. In some cases this is combined with sand, sawdust and wood chips.

Heavy bags may also be filled with water or air. Most bags are stitched with synthetic threads and some may also contain zippers. Braces are stitched to the bag and often go together with chain links, an S hook and an eye bolt in order to form the complete set.

While the hanging heavy bag may be used predominantly by stand-up strikers, it is a versatile piece of equipment and depending on its weight versus the body weight of the trainer it can be useful in other areas of martial arts training such as clinch fighting, throws, and ground fighting.

Aside from being vital to martial arts training, the heavy bag can also be utilized for weight training and calisthenics

For ages the heavy bag has been and continues to be one of the most important and commonly used strike bags in gyms and martial arts schools, whether used by martial artists who “kill the bag” with their powerful strikes or by people who have no interest in martial arts but regularly train on a bag to maintain a well toned physique, endurance and reduce their stress levels. It continues to be an important piece of training equipment for strikers.

Throughout this article I have consistently referred to “martial arts training bags” rather than simply “punching bags” as I wish to appeal to a variety of martial artists of different styles as well as people who cross train. I sincerely hope that visitors find something useful and welcome any thoughts on the content presented.